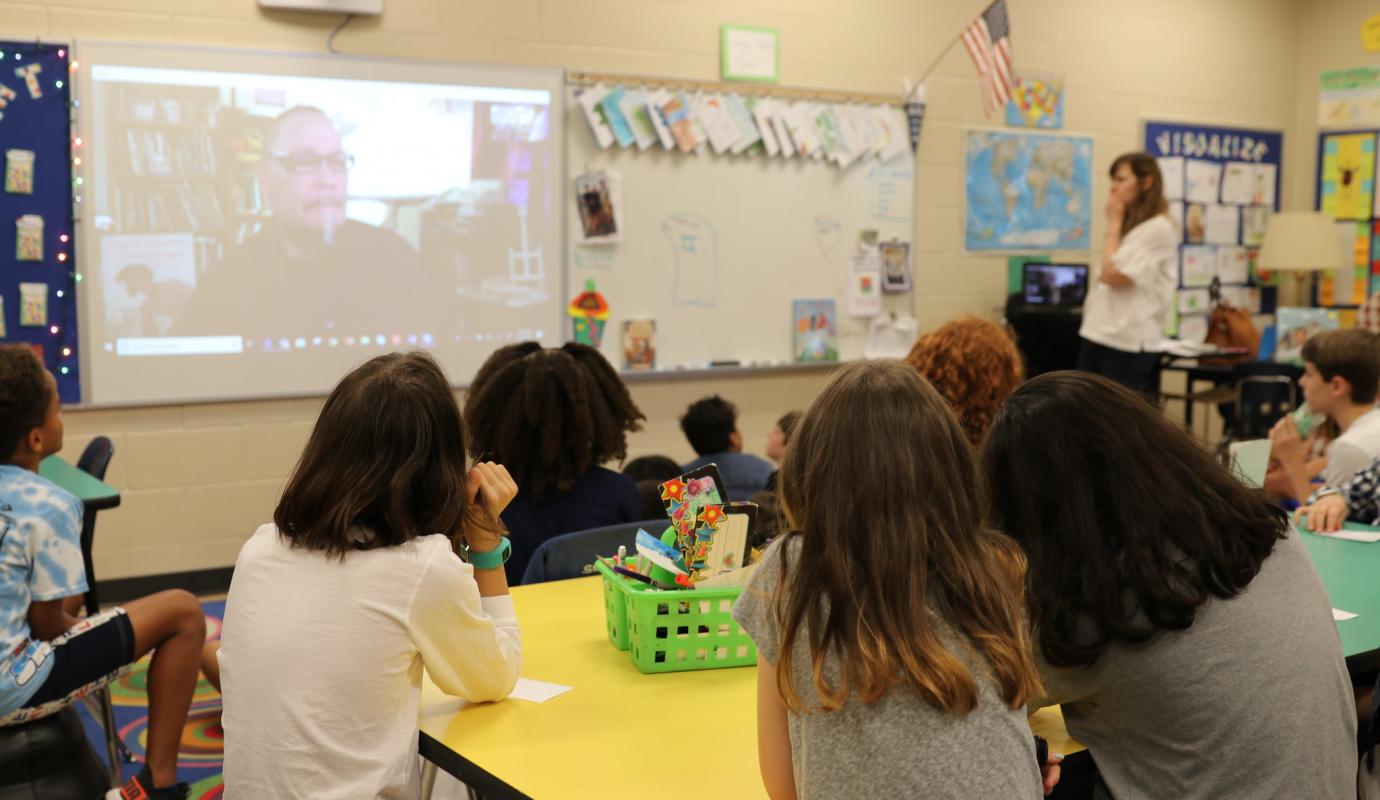 Lower schoolers engaged in an extraordinary master class with famed artist Floyd Cooper, whose work is currently on display in the Columbus Museum of Art. Students learned about his unique subtractive illustration method used in Aaron Reynold’s “Back of the Bus,” a fictional account of Rosa Park’s refusal to give up her bus seat in 1955, leading to the Montgomery Bus Boycott, told through the eyes of a young boy also riding the bus that day. Cooper illustrated the story with a technique in which areas of paint are removed, or subtracted, with an eraser.

“He paints a field of very thin oil paint onto an illustration board and the uses erasers to pull off the paint to create an image. He has a collection of erasers, from kneadable to electric.” Pat Kellicker P ‘25, lower school librarian, explained.

After poring over many of the books Cooper illustrated, and learning about his subtractive method, students visited CMA to view an exhibition of his original illustrations for “Back of the Bus,” they wrote thoughtful, insightful questions they would like to ask the artist when they met him over Skype a few days later. Some of the topics they were most interested in included:

“Using chalk pastels and kneaded erasers, students created an artwork with geometric forms as their subject matter,” Gina Spicer P ‘24 ‘26, lower school art teacher, shared. “They quickly realized how difficult the subtractive process was and gained a newfound admiration for Floyd Cooper and his artistic talents. Afterwards, we continued the discussion of book illustrations. Students created an illustration using colored pencils about a published poem discussed earlier in the year.”

Through multilayered lessons in history, literature, and art, students examined a pivotal moment in time with a creative lens, opening their minds and hearts to the hard work of others as well as their own.