Standing on the Mountain Top

Standing on the Mountain Top 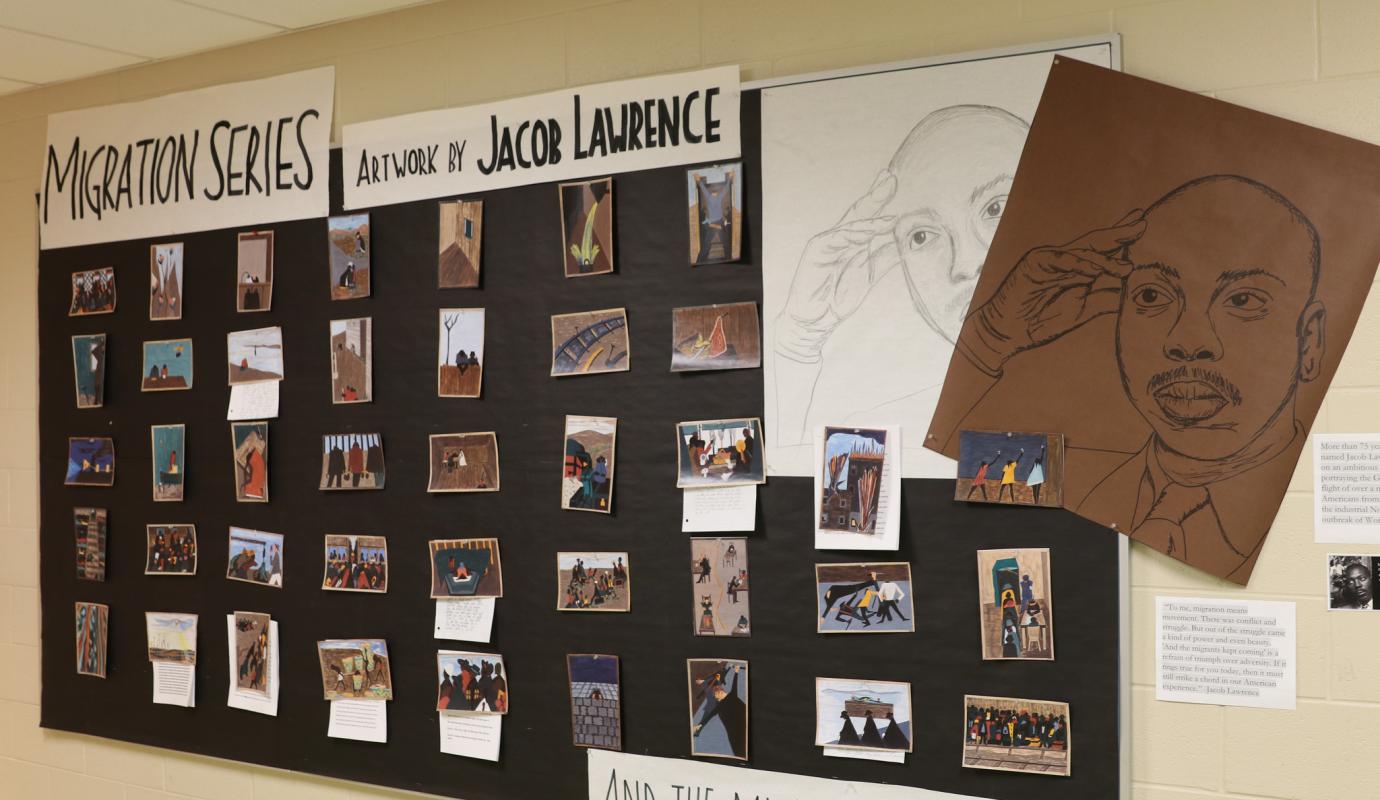 “I have been in Sorrow's kitchen and licked out all the pots. Then I have stood on the peaky mountain wrapped in rainbows, with a harp and sword in my hands.” - Zora Neale Hurston

Black History Month at Wellington was a cause for celebration, examination, and reflection on the vast accomplishments and contributions people of color have made to the world. Incredible life stories and inspiring work of black artists, scientists, mathematicians, writers, inventors, engineers, musicians, activists, to name just a few, were shared with students as an entry for deeper exploration.

Little Jags were introduced to the beautiful artwork in Faith Ringgold’s books “Tar Beach” and “Cassie’s Word Quilt” to encourage them to think creatively about cityscapes. They designed their own cities, creating a 3-D model using plasticine clay natural materials and wood glue as well as drawing and painting city buildings and creating a collaborative mural. Teacher Vicki Jacobs P ‘22 found that Ringgolds books enriched students’ observations and conversations about city life and generated many ideas for ongoing work as they further study the many black scientists, inventors, and engineers that have made a big difference and impacted the world of science.

Kindergartners read “Dave the Potter” prompting an interest pottery making. Teacher Sharla Starker P ‘17 ‘22 created a studio center where students have playdough and clay to try their hand at making pottery like Dave in the book. After reading a book about DJ Kool Herc, the class wondered what type of independently researched his music and now play it during work time. Middle schoolers studied the art of Gordon Parks, a documentary photojournalist who covered civil rights and became the first African-American photographer for Life and Vogue magazines.

Third graders researched famous African-Americans and gave presentations on what they learned, while 4th graders studied the Great Migration, in which six million African-Americans moved from the rural South to the cities in the North from 1916 to 1970, and wrote about its significance in U.S. history.
All lower school students were given thoughtfully curated books, by Director of Curriculum and Instruction Christie Johnson, about famous and not so famous African-Americans.

Jazz and blues were explored by lower school students through the music of B.B. King and Ella Fitzgerald. Spanish students in upper school learned about the the heritage, work, and life experience of Afro-Latin artists as well as the musical and cultural context of the genre and Spanish vocabulary from the lyrics. Teacher Cailey Oehler said the focus of Afro-Latin voices “continues all year as I am deliberately countering the dominant narrative that there is only one kind of Latin Music or that Hispanic/Latinx is a homogenous identifier.”

Wellington students will continue to learn throughout the school year about the enormous influential impact, both past and present, of people of color on all of our lives.