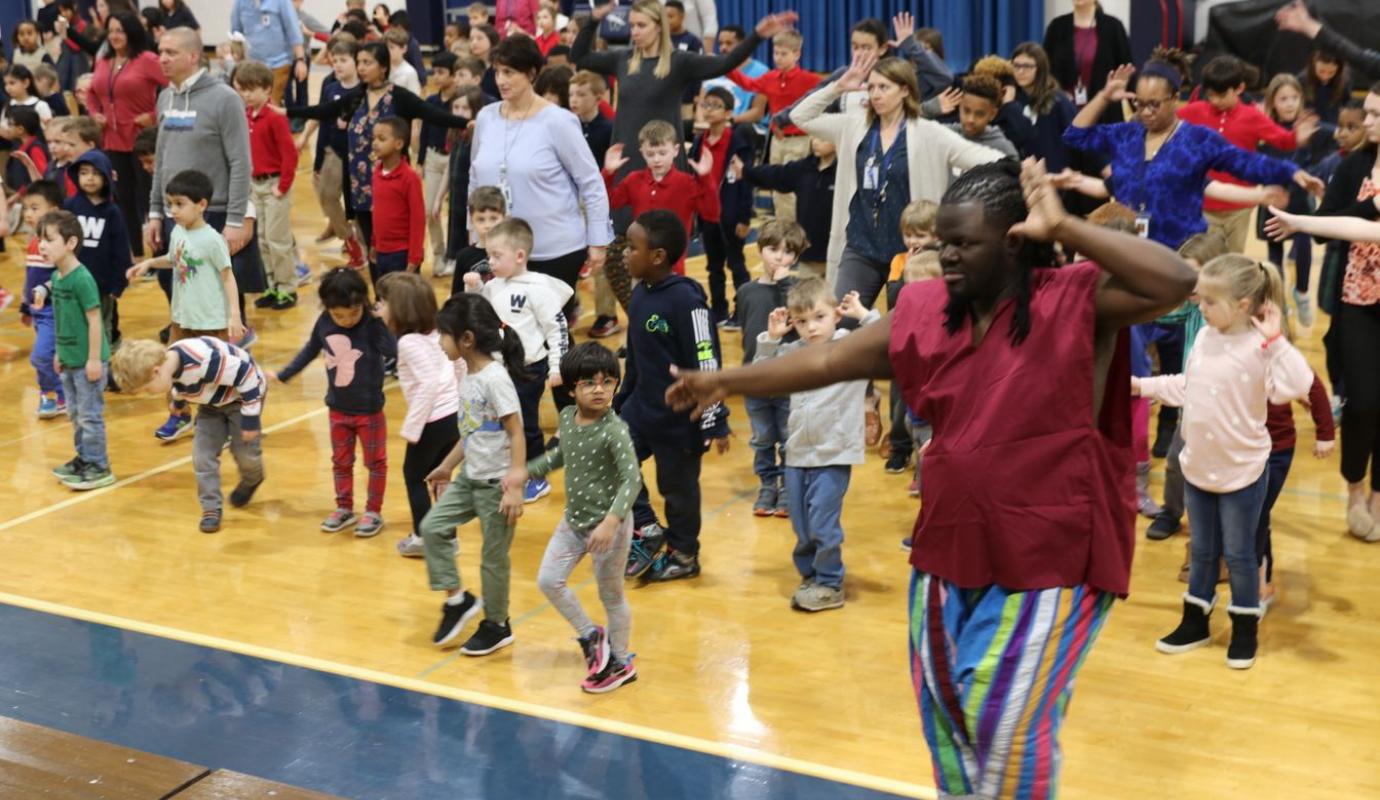 “The real voyage of discovery consists not in seeking new landscapes, but in having new eyes.” ~ Marcel Proust

International Week at Wellington opened students’ eyes to the richly diverse people, cultures, and cuisines of the world.

In lower school French class, students with families from outside the United States were encouraged to share artifacts and languages from their homes. Second graders sang “Le Trois chèvres,” or The Three Goats, during middle and upper school morning meetings. Parents even joined the fun by visiting with students to teach them about West African Dance, Indian culture, as well as the countries of Kenya and Russia.

For a true taste of different cultures, the Thomas Family Dining Room served a delightful menu dedicated to a specific country each day. From Japan and Spain to Lebanon and Vietnam, students could try culinary specialties such as sushi, paella, shawarma, and pho. International Dress Day provided a fun opportunity for students to wear traditional clothing from the country of their choice.

Upper school world language classes performed an engaging Trilingual Play, a dramatization of “Snow White” in French, Spanish, and Latin for lower school audiences. The week culminated with an International Festival, in which 8th graders gave research-based presentations on countries from around the globe.

Thoughtful exploration of world cultures at Wellington never ends with International Week. In the upper school English course, “I Need a Hero,” students recently Skyped with University of Cincinnati Assistant Professor of Spanish and Latin American Literature, Mauricio Espinoza, about the 100th anniversary of the creation of Zorro. The class had previously been discussing “the masks we wear,” says teacher Chris Robbins P ‘17 ‘22, “what heroes wear masks, which ones don’t, and why. Professor Espinoza talked to students about Zorro’s origins, transmediality, superhero influences, crossover pioneer. The role of Zorro was passed down from person to person, so there was a female Zorro, and even an LGBTQ+ one in the 80s.”

Wellington’s commitment to providing a globally-focused education ensures that students have a more profound understanding of the world before they will one day shape it.