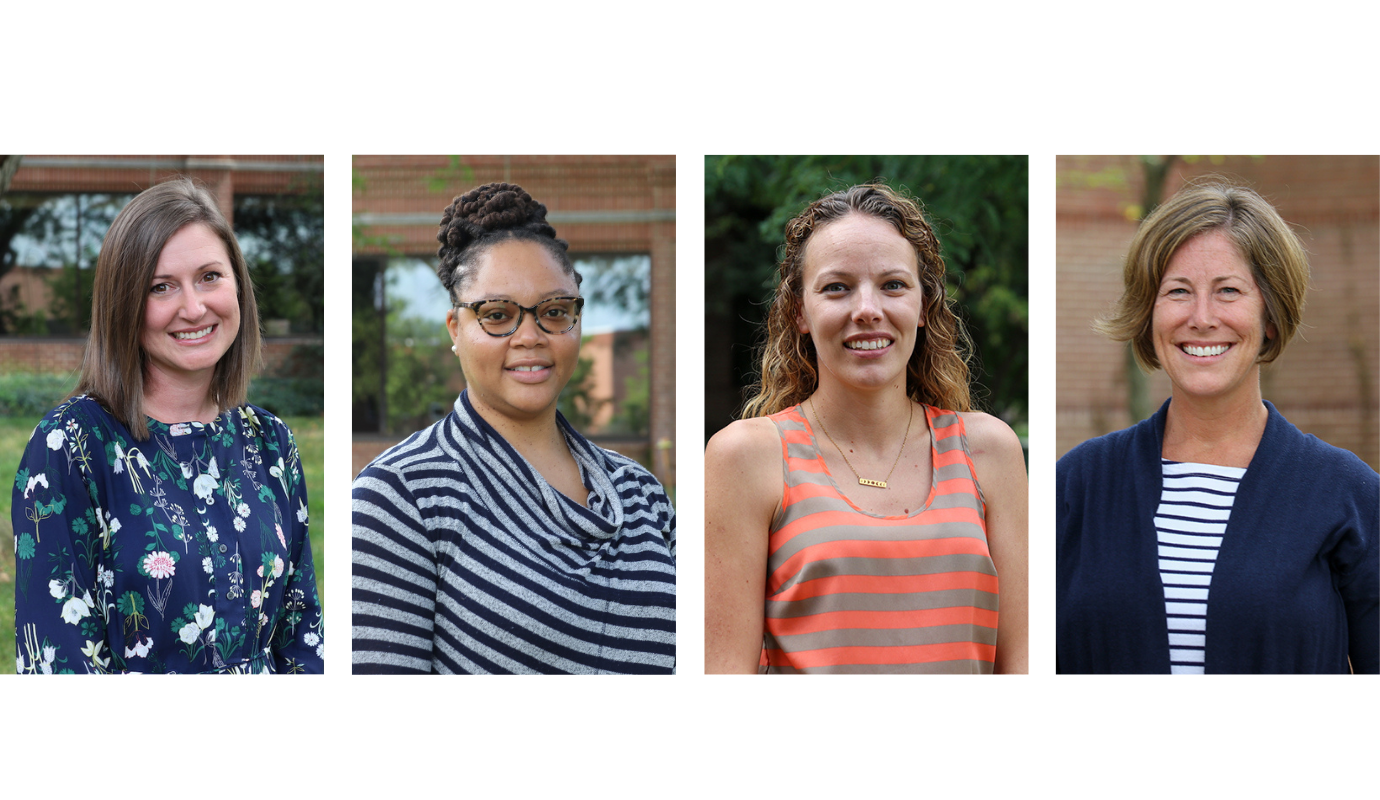 Brown joined Wellington in 2015 as a lower school teacher before moving into the assistant head and director role. A graduate of Miami University and DePaul University, where she earned an M.A. in school administration and supervision, Brown first developed a passion for education when she saw it as a door to the outside world and realized how exciting it was to open that door for young children. “Everything is so new and exciting to them, and their excitement drives the work that we do,” she says.

Drawn to Wellington because it celebrates individuality and inspires excellence, Brown has proven to be an outstanding administrator working with the early childhood team to enhance understanding of early literacy skills as well as how best to help young children regulate their emotions, which improves stress levels and anxiety while building resiliency.

“Our classrooms represent a cozy and secure place for children to learn, make mistakes, and celebrate milestones,” Brown shares. “Early childhood has the unique privilege to set the stage for students as learners; we help them realize school is engaging and a place that they can’t wait to return to each day.”

Fidler, while principal of the lower school at SPA, was a member of the senior leadership team, responsible for strategizing, aligning, and coordinating curricula and policies across three divisions and two campuses. She was also instrumental in ongoing diversity, equity, and inclusion efforts at the school, using Courageous Conversations protocols, supporting faculty diversity and inclusion interest groups, and establishing lower school students of color affinity groups.

Prior to her time at SPA, Fidler was a faculty member at the Laurel School in Shaker Heights, Ohio, where she also launched the North Star Collaborative Summer Academy and School Year Programming. The NSC established public-private partnerships to teach, mentor, and tutor Cleveland public school students.

“Children learn better when they understand what their purpose is,” Fidler says. “Leadership can be an avenue to and through purpose. Purpose is about something that is larger than yourself. It’s about serving your community. Leadership is about empathy, humility, and creativity. These are all qualities that can be taught. We are not just born with them. To be a leader, you must also sometimes follow.”

Fidler received her M.Ed. in elementary Education from The Ohio State University and B.A. in French Cultural Studies from Emory University. A near-native fluent speaker of French, she studied abroad at the Université de Lille III in Villeneuve d’Ascq, France and has taught at Ecole Kenwood, a French immersion school in Columbus. Fidler is also a graduate of St. George’s School in Newport, Rhode Island.

“My independent school experience permitted me to become more fully the self that I wanted to be,” Fidler shares. “This aspect of Wellington’s values resonates deeply with me and I look forward to getting to know Wellington students and community members and who they want to become.”

Geary and Wade joined Wellington in 2012 as science and French teachers, respectively, later taking on leadership roles as lead advisors and grade level deans. Wade, who earned her M.A. in French from The Ohio State University and studied at the Sorbonne in Paris, has also served as interim middle school dean of students and led Wellington’s faculty mentorship program with Patty Hans, lower school French teacher. Geary, who earned her M.Ed. from Ashland University and B.S. in zoology from The Ohio State University, was one of Wellington’s first student engagement grant recipients, designing an environmental engineering course that paved the way for Middle School Dive classes. Together Geary and Wade have contributed significantly to the growth and development of the middle school over the last decade, promoting academic engagement as well as fostering the social emotional health of children in 5th-8th grade.

“Middle school is the roadmap for becoming a learner,” Wade believes. “It’s a time of self-awareness, self-discovery, developing your place in the community and the world, and becoming more independent.”

Geary agrees. “Middle school students are figuring out who they really are and trying new things. And they’re doing it with adults who are their champions. We’re challenging them to build lifelong skills while also providing a safety net.”

Both Geary and Wade want middle school students to be proud of themselves and know that validation comes from within, not from others. “That’s where real confidence comes from,” they say.

Under the guidance of these highly-accomplished education experts, Wellington faculty, students, and families will have invaluable support and encouragement as they actively pursue and achieve their greatest ambitions.