The Reward of Risks and Resets

The Reward of Risks and Resets 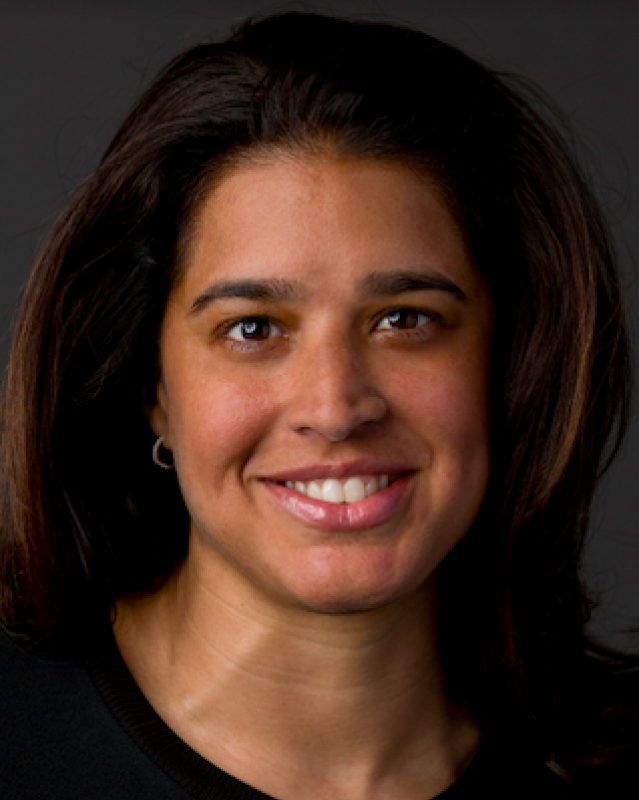 In 2007, when Google was still in its infancy, Melissa Tidwell ‘95 joined the company as senior counsel and soon found herself in meetings with legendary co-founders, Sergey Brin and Larry Page. Tidwell recalls of their first introduction that Brin was wearing ripped pants and no shoes. Although she felt a little overdressed in her collared shirt and jeans, practically formal wear by Silicon Valley standards, Tidwell never lacked in confidence that she belonged. It wasn’t the first time she stood out in a group of colleagues, and it wouldn’t be the last. As an African-American woman with a corporate law background, she was no stranger to having a seat at the table with all white men. Her firsthand experience with a lack of inclusivity in leadership positions would have a direct impact on Tidwell’s own management style.

“The beauty of diversity is not diversity for diversity’s sake, but the diversity of thought it brings to the table.” Tidwell explains over the phone as she walks to her office in San Francisco on a midsummer afternoon. “It should come from seeking out different perspectives
and ways of thinking.”

As general counsel for Reddit, another formidable tech startup from the early days of the world wide web that has since become the most popular website on the internet, Tidwell made sure the legal policy and communication teams she led included faces and voices that historically had not been invited to join the conversation.

The notion of having a voice and platform from which to use it, is central to her work at a company that has taken a few hits, like many social media giants, in recent years over its free speech policies. In spite of the seemingly nonstop barrage of outrage and distrust over what the internet has wrought, Tidwell is refreshingly upbeat when asked about what she considers to be social media’s greatest benefit to society. “I think what makes me most proud to work at Reddit are the everyday stories of complete strangers finding a way to connect. There are so many communities for people to ask questions. It’s a place where people are trying to help each other. At the end of the day, I truly believe, there are more things that connect us than divide us.”

The importance of connections and sense of community, for Tidwell, go back to her days as a Wellington student. The school’s tight-knit and supportive environment encouraged Missy, as she was known back then, to embrace experiences that she would never had the confidence to try otherwise. Small class sizes of only a dozen students or less and passionate, highly-engaged faculty both contributed to Tidwell’s growing comfort in public-speaking and sharing her ideas with others.

“Wellington put me on a different trajectory in life,” Tidwell says, explaining the learning environment encouraged regular and robust debate. “You can’t skip out of the conversation in groups of 12.”

She remembers the energy and enthusiasm faculty members like Carol Goldsmith and Sam Stewart P ’99 ‘05 brought to the classroom not only solidified and strengthened her innate curiosity for subjects in the humanities but also inspiring her to explore topics outside of a potential future career choice. “I was never going to be a scientist or chemist,” she says of appreciating the excitement teacher Aaron Frim P ‘19 shared with students, “but the exposure to so many different things really opened my mind to a variety of ways of thinking.”

This spring, Tidwell received Wellington’s 2019 Distinguished Alumni Award. At the alumni weekend brunch, her mother Nancy accepted the honor on her behalf. Upper School English teacher Chris Robbins P ‘17 ‘22 shared her own memories of Tidwell as a student and star athlete. “It was Missy’s passion and drive as a competitive runner,” Robbins said, “culminating in her placing 5th in the 400 meter dash as a sophomore and 5th in the 200 meter dash during her senior year at the Division 3 Girls State Track and Field Tournament, that paved the way for future Wellington students to later compete in the same way.”

Always at the ready to take on a new challenge, Tidwell, an untrained singer with no previous performing experience, remembers the fear and anxiety she had about agreeing to be a soloist in the Wellington production of “To Kill a Mockingbird” her senior year. “Practicing and figuring out, at 17, how to sing in front of hundreds of people is great training for being in front of an audience talking about hate speech and how it should be regulated,” she says.

In the classroom, Tidwell took advantage of every opportunity available. In addition to her advanced course load, she was a member of student council and the Blue Key Club. She served on the Cultural Diversity Task Force and Black History Club (now the African American Awareness Association, or 4A). “The Cultural Diversity Task Force was instrumental in shaping our continuing commitment to issues of diversity and inclusion,” Robbins said.

Today Tidwell spends a great deal of time in the public eye in support of free speech on the internet. She is frequently interviewed and questioned about how Reddit tackles what has become a monumental global concern. Just what is free speech? At what point does free speech become hate speech? Even if the line can be clearly drawn, how can it be monitored? There are so many layers and nuances to even the most basic questions regarding online hate speech that Tidwell’s erudite but entirely approachable demeanor cuts through the complication with oversimplifying.

“Being a black woman in America,” she says, “I have an affinity for giving people who haven’t had their stories told the ability to finally share them. Free speech is very much about allowing those discussions to be had. The commitment to allowing people to have a voice really matters. You have to have a North Star as an organization, and Reddit’s north store is free speech.”

A staunch defender of the rights of the disenfranchised or marginalized, Tidwell is so good at what she does, it can be hard to believe that her path to advocacy wasn’t a straight line. Rather, it came from a purely authentic pursuit of her own interests. She chose to go to Georgetown because it had a similar learning environment (small, seminar-style courses with lots of student-faculty interaction) as Wellington. It was an atmosphere in which Tidwell excelled and continued to seek out when selecting New York University Law School. It was the opportunity to study topics she was deeply interested in, like the death penalty, with the top experts in their fields at NYU that drew her to the school.

“The most important thing for me,” Tidwell explains, “was to figure out what I wanted to learn more about and where I could learn it, then take the steps to get there.”

She advises Wellington students today to do the same. Her extraordinary career trajectory often prompts questions from parents and students about the best route to success. She cautions young people against focusing so much on job titles and self-prescribed plans of action. Tidwell became a lawyer only because she had a natural love of history. When later realizing she didn’t like corporate law or trial work, she made the seemingly radical decision to move from New York to California and eventually to take a chance on a tech start-up called Google. She considers it one of the best decisions she ever made.

“The joy of working at Google at that time, was that it was a very different ecosystem,” Tidwell remembers. “Because what they were doing was so entirely new, they couldn’t be sure what they might need from employees, so they essentially wanted to hire smart problem-solvers.”

She began working on Google Apps before moving onto Google Cloud Platform (a suite cloud computing services that help companies scale their infrastructure), Google Fiber (TV and broadband internet) to Google Play (their app store for the Android operating system), with each new opportunity bringing a different set of challenges for teams of people breaking new ground in what was a rapidly evolving tech landscape.

When Tidwell decided to make the move to Reddit, a much smaller company despite its behemoth presence on the internet, it was because she was excited about returning to a work environment that felt like a small community of people all working together to make a difference in the world. In her role as general counsel for the company, Tidwell was responsible for handling both legal and policy issues. Openness, flexibility, and adaptability, have brought Tidwell to a pivotal point in her life in which she is ready to try something new. While continuing to serve as an advisor at Reddit, she will take a step back to explore other options, professionally and personally. Now preparing to take another giant leap into the unknown, she wants students to learn to be okay with making mistakes and changing their minds, not unlike Wellington’s approach to teaching children the value of risks and resets.

“Life is too short to not be inspired every day,” Tidwell says, wrapping up our call as she heads into a busy office. She is following her own North Star.