All in the [Frim] Family

All in the [Frim] Family 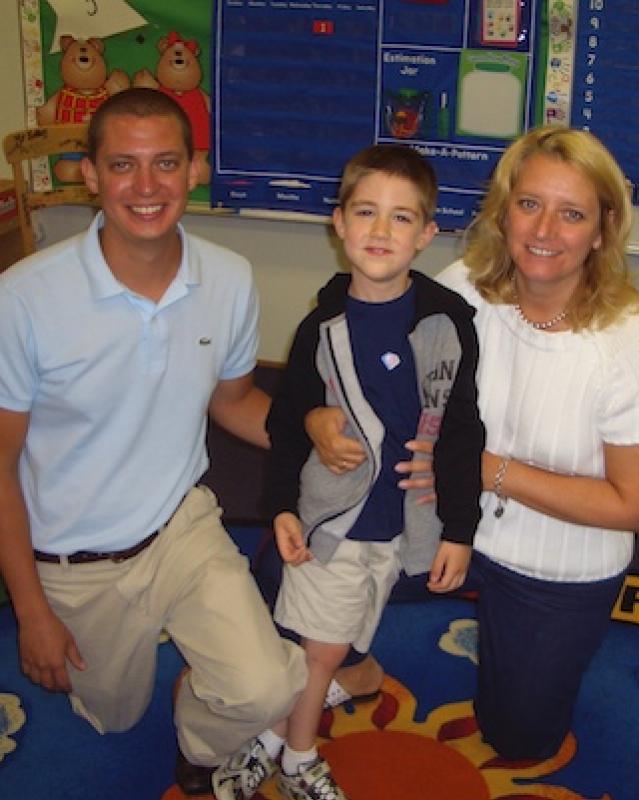 “I recall them to be energetic, personable, and fun,” Frim remembers of the young Cornett and Kaser. “Really though, it is no surprise that Pete and Erin returned. They enjoyed their time at Wellington. The fact that they wanted to be a part of what is happening here, and now to be here for the number of years that they have, just goes to show what an amazing place Wellington is. They are a part of that!”

Kaser recollects Frim was a particularly respectful teacher to his students and, in return, they respected him. “It made his classes much more engaging because you knew you always had a voice. That helped me become a better teacher knowing that respect is something you earn from your students through trust.”

After becoming Wellington teachers themselves, Cornett and Kaser would have an even closer connection to the Frim family. Cornett, in fact, began teaching at Wellington when Frim’s wife Jennifer, also a Wellington teacher, was on maternity leave after the birth of their son, Ian ‘19. Years later, Kaser would be Ian’s prekindergarten teacher and Cornett his upper school history teacher.

“Not only were they a part of Ian’s growth,” Frim said, “they were a part of my and Jennifer’s growth as parents. I remember Pete encouraging us to leave our crying pre-K student at the door, that it would be okay. It was one of our early lessons as parents. That was the beginning of trusting others to also do what is best for our child.”

The Frims saw their son flourish in Kaser and Kathy Yant’s class. Ian became more independent and absolutely loved school, remaining close to Kaser during his entire time at Wellington. “Ian’s growth throughout the years is a great tribute to the Wellington community as a whole,” Kaser said. “Ian became a confident and courageous learner willing to take risks.”

Cornett helped polish Ian, according to Frim, before he went off to The Ohio State University. Even though she only had him in class his final year, Cornett was someone who interacted with him on a regular basis in the hall, giving him lots of opportunity to interact with an adult.

“In the classroom, she challenged him to think and to express his ideas,” Frim said. “Pete, Erin, and Wellington not only provided Ian with a book education, but they developed his interpersonal skills that will enable him to succeed in life.”

Now, after all these years, Cornett and Kaser each have their own children at Wellington. During Ian’s last year, his 14th at Wellington and Frim’s 25th, he was a senior buddy to Kaser’s son, River ‘27. Presented with the opportunity of one day being able to teach the children of his former first year students, Frim is excited to come “full circle.”