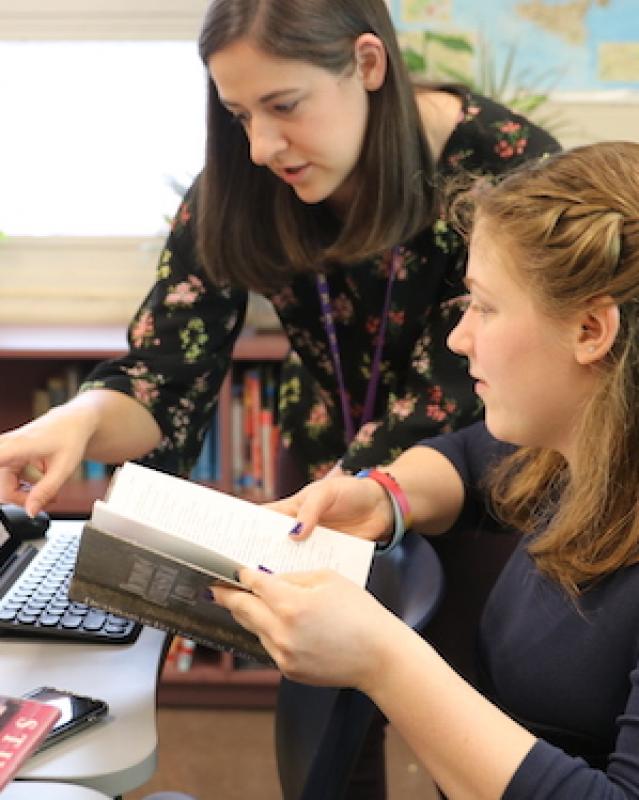 Some stories are much easier to uncover than others. As a history teacher, I am constantly faced with this dilemma. I teach United States history from European contact to 1787. This is a period steeped in social inequality and conflict. The dominant narrative is that of the struggle between the American colonists and the British Empire, but these parties represented just a fraction of the population in North America. Too often, this war for independence eclipses the plight of Native peoples and enslaved Africans who made up more than half of the population.

The 7th grade colonial newspaper is a group project designed to teach the events leading up to the American war for independence. Creating the newspaper demands that students put themselves in the shoes of American colonists as they experienced “taxation without representation” and were inspired to break away from the British empire. Students write headline articles, editorials, cartoons, and classifieds and for the past several years, these have always been from the English colonists’ perspective.

I was determined to incorporate the voices of all who inhabited North America, including enslaved Africans and Native peoples into this newspaper project. I received a student engagement grant to this end. But still, I faced a serious intellectual challenge. Native people, enslaved Africans, and women would not have been eligible for publication in a colonial newspaper in 1775. Countless social and political barriers would have made this an impossibility, and each group used their own forms of communication from songs to meetings. In fact, any mention of African Americans at this time would likely have been an advertisement seeking the capture of a “runaway slave.” I frankly had no idea how I would incorporate these voices.

I began by spending a week in July at the McNeil Center for Early American Studies at the University of Pennsylvania with history teachers from across the nation. The experience was paradigm-shifting. I learned about the sophistication of Cahokia in what is now Western Illinois, a Native civilization that rivaled the population of London in the 12th century. I read Native American origin stories and learned from scholars who centered Native peoples as they described English colonization and the American Revolution.

The most impactful part of my summer was learning about how to teach a graphic novel called “Ghost River,” written and illustrated by indigenous artists. The story depicts the massacre of the Conestoga people outside of Lancaster, Pennsylvania with dignity, filling a void. After hearing from these authors who had managed to make indigenous peoples the protagonists in early America, I was inspired to return to my classroom and try to do the same thing with the colonial newspaper.

I decided to be bold. I asked students to add a section to their colonial newspapers called “Unheard Voices” while considering whose voices are missing. I posed some hard questions. What must it have been like for enslaved Africans to hear the colonists describe themselves as being treated “as slaves” by the British while continuing to own enslaved people? For Native people, how revolutionary was the revolution in actuality? By the war’s end, power had changed hands, but ultimately Native peoples’ land was still being claimed by foreigners.

In the new iteration of the project, students are tasked with imagining how these groups would have expressed themselves freely and without repercussions had they been afforded the opportunity in 1775. Students are now working on political cartoons, editorials, and features representing these groups. Already, students have created a spotlight feature on Phillis Wheatley, a remarkable enslaved African woman who wrote poetry that was lauded by the colonists. Another group is writing a letter from the perspective of a Native person commenting on the Conestoga massacre.

Is the colonial newspaper project more complicated now? Absolutely. Does it closely resemble a newspaper of its time? No. But, does it do justice to the people who lived in 1775? It certainly does a much better job.

Uncovering history is challenging for Latin teachers and students in much the same way it is for social studies classes. Over the past two millennia, Latin has been used by many cultures who enslaved individuals for their own benefit. Students who read ancient Latin texts are accustomed to reading stories that reference enslaved individuals often as invisible characters or grossly misrepresented in caricature. Routinely reading primary texts with engrained proto-racism, racism demonstrated by cultures before the transatlantic slave trade, without addressing it can give the impression of support or approval. In an effort to combat this issue and to give my students the opportunity to be agents of change, I eagerly accepted  a new challenge with my students.

Jumping forward almost 2000 years into the future from what they normally read in a Latin class, students were given letters written in the 1840s by Jesuits in Missouri. The documents were provided to us by the Slavery, History, Memory, and Reconciliation Project out of St. Louis University with the goal of creating a database for the descendants of the enslaved individuals of translated documents written by or referencing their family members. Additionally, historians and researchers may use the database to further our country’s understanding of slavery before the Civil War.

One of the many obstacles we faced as translators involved learning terms that were specific to Ecclesiastical Latin as opposed to the Classical Latin were accustomed to. A word which the students may have used for years, sometimes has a very specific  and different meaning in Ecclesiastical Latin. At one point, there was a word, Firocinio, which neither the students nor I could figure out after consulting many dictionaries. We worried it might be a transcription error. The students pointed out that the letter discusses the Society of the Sacred Heart of Jesus, an order of nuns. We scoured the internet to find an order which was old enough to have been in existence when our letters were written. We found one and got in touch with their head archivist, Sister Osiek, who did not know what Firocinio meant, but after working together we realized it was the Latin name for Florissant, a suburb of St. Louis. This information led us to then know the parish as well.

Many students were frustrated by the limited lack of references to enslaved individuals. We discussed why they were so infrequent and how important it is that the documents are translated. It is our hope that each of these small references builds upon all the others to create a meaningful history for those whose stories have not yet been told.

While 7th grade social studies students created simulated primary texts, Latin classes focused on making primary texts available to those who could find comfort or greater understanding in their words. Both scenarios used the idea of primary documents but worked to change the focus; evolving the curricula into something that more powerfully resonates with our students.